Here are OddsFanatic’s 2021 NFL Betting Tips Week 2 for you!

The Atlanta Falcons are 0-1 this season. In their most recent game, the Falcons lost to the Eagles by a score of 32-6. Matt Ryan went 21 of 35 for 164 yards and one touchdown. He ended the game with no interceptions and a quarterback rating of 71.6. Calvin Ridley had 51 receiving yards on 5 catches for 10.2 yards per catch. The Falcons’ Mike Davis rushed for 15 tucks for 49 yards, the team’s best total of the game.

For the season, the Falcons have 260 yards in total. Atlanta has 8 first downs and 12 penalties for 99 yards so far this season. As a unit, they’re averaging 124.0 rushing yards, which puts them 14th in the league. The Atlanta Falcons have an average of 6.0 points per game, which might be the worst result in the first NFL week.

The Falcons have the 24th best team defense in the NFL, allowing 32.0 points per game. The opposition is averaging 5.6 yards per rushing attempt and 173.0 rushing yards each game this season. Through one game, they have given up 173 rushing yards this season. The Falcons have yielded 261 yards in the air, putting them 17th in the NFL. Atlanta have given up 261.0 yards per game through the passing, and they’ve allowed a completion percentage of 77.1 percent. They are giving up 434.0 yards per game, which has them sitting at No. 27 in the NFL.

The Buccaneers are 1-0 so far this season. The Buccaneers ended 2021 NFL Week 1 with a 31-29 victory over the Cowboys at home. Throwing 379 yards on 32/50 Buccaneers quarterback, Tom Brady finished the game with 4 touchdowns while his quarterback rating was 97. He had 2 interceptions and a longest pass completion of 47 yards. Tampa Bay’s Chris Godwin was a main component of the team’s passing attack, catching 9 balls for 105 yards (11.7 yards per catch).

On the other hand, Leonard Fournette rushed for 32 yards on 9 carries and had 3.6 yd per carry in Tampa Bay’s win over the Cowboys. The Buccaneers had 431 yards of offense in their 31-29 victory over Dallas. Tampa Bay ran 64 plays and gained 3.7 yards per carry, for a total of 52 yards on 14 opportunities (6.7 yds per play). The Buccaneers gave up 18 rushing attempts for 60 yards (3.3 yards per rush). The Tampa Bay secondary allowed a completion rate of 72.4 percent, allowing 391 yards on 42 pass plays for 58 receiving yardage.

Who will win the Atlanta Falcons/Tampa Bay Buccaneers NFL game against the spread?

The New England Patriots are 0-1 on the season going into this contest. The Patriots played the Dolphins in their previous game and lost by a score of 17-16. New England enjoyed a big day on the ground, led by Damien Harris’ 23 rushes for 100 yards (4.3 yds per attempt). By catching 49 yards on 6 receptions, James White averaged 8.2 yards per catch. The New England Patriots’ Mac Jones went 29 of 39 for 281 yards and one touchdown. He had a QB rating of 102.6, no interceptions, and completed the game without a pick.

The Patriots gave up 74 rushing yards on 23 tries, which translates to 3.2 yards per carry allowed against the run. The New England Patriots totaled 185 yards on 27 tries, with 16 pass completions for a completion rate of 59.3 percent. In total, they recorded 70 plays for a total of 393 yards. The New England Patriots ran the ball 30 times and gained 125 yards, which equates to an average of 4.2 yards per carry.

The Patriots have amassed 393 yards through the air and on the ground this season. New England have 14 first downs as a unit, with 8 fouls for 84 yards called against them. The Patriots’ ground attack as a whole is averaging 125.0 rushing yards per game, placing them 13th in the NFL. The New England Patriots average 16.0 points per game when it comes to gaining points. They have allowed 185 yards on the pass in the first game, putting them in sixth place in the NFL.

As a team they are giving up 185.0 yards through the pass and allowing a 59.3 percent completion rate as well. In 2021 NFL Week 1 they’ve gave up 259.0 yards, which has them ranked sixth in the league. They have given up a total of 3.2 yards per carry on the ground and 74.0 yards on the ground so far in this year’s campaign. Through one game this season, New England have given up 74 rushing yards. The Patriots rank 11th in the NFL when it comes to opposing teams scoring, allowing 17 points per game.

The Jets enter the matchup with a record of 0-1. The Jets suffered a defeat in their most recent game, losing 19-14 to the Panthers when they last played. Zach Wilson (2 touchdowns) completed 20 of 37 passes for 258 yards earning a QB 82.9 rating. His longest pass completion went for 40 yards, and he threw 1 interception. The Jets targeted rookie sensation Corey Davis a lot, catching him 5 times for 97 yards (19.4 YPC).

Tevin Coleman rushed the ball nine times for 24 yards and recorded 2.7 yards per carry in New York’s defeat to Carolina. The Jets finished the game with a total of 252 yards while executing 60 plays (4.2 yards per play). New York rushed the ball 2.6 yards per carry, collecting 45 yards on 17 attempts. The defensive line, meanwhile, surrendered 27 rushes for 111 yards (4.1 yds per rush). The Jets pass defense gave up a completion percentage of 68.6 percent, allowing 270 yards on 24 of 35 passes.

The New York Jets average 252.0 yards per game, placing them 30th in the NFL. The Jets average 45.0 yards on the ground in their first game. The New York offense has accumulated 30 yards in penalties on five infractions, putting them at 26th place among teams in terms of giving up free yardage. New York’s passing game has been ineffective this season, with 207 yards through the air ranking 24th in the NFL. The Jets rank 27th in the NFL this season, putting up an average of 14.0 points per game.

Who will win the New England Patriots/New York Jets NFL game against the spread?

The Kansas City Chiefs are 1-0 for the 2021 season, having won their opening game. The Chiefs defeated the Browns with a final of 33-29 in their most recent match. The best rusher for the Chiefs was Clyde Edwards-Helaire, who had 14 carries for 43 yards (3.1 yds per attempt). By catching 11 passes for 197 yards, Tyreek Hill averaged 17.9 yards per reception.

The quarterback, Patrick Mahomes had a passer rating of 131.4 and no interceptions during a 27/36 performance paired with 3 touchdowns. In the running game, the Chiefs gave up 153 yards on 26 tries, or 5.9 yards per run surrendered. Kansas City surrendered 21 completions on 28 attempts for 304 yards with a completion percentage of 75%. They had 61 plays, for a total of 397 yards. The Kansas City Chiefs rushed 23 times and gained 73 yards, which translated to 3.2 yards per attempt on average.

The Chiefs have accumulated 397 yards this season. Kansas City has 17 first downs and has been penalized for 5 infractions for 36 yards. In the run game, they’re averaging 73.0 yards per game, putting them 26th in the National Football League. In terms of scoring points, the Kansas City Chiefs have an average of 33.0 points per game.

The Ravens are 0-1 for the season going into this game. The Ravens suffered a 33-27 loss when they faced off against the Raiders last time out. Lamar Jackson posted a passer rating of 98.6 with 19/30 completions for 235 yards and one touchdown. He kept the ball away from the defense without any interceptions, and his longest pass was for 49 yards. The Ravens’ Marquise Brown was targeted in the passing game six times for 69 yards (11.5 yards per catch).

The Baltimore Ravens are averaging 406.0 yards per game this season, which is 12th in the NFL. Through the air, they average 189.0 yards per game. Baltimore has committed 71 penalty yards on 5 infractions, placing it 23rd in terms of assisting the opposition. Through the air, the Ravens have thrown for a total of 217 yards this season, putting them 22nd in the NFL. In terms of scoring points, the Ravens are 15th in the NFL with an average of 27.0 points per game.

The Baltimore Ravens have given up a total of 82 yards rushing. They’ve given up two passing TDs and 409.0 yards/outing, putting them 32nd in the league. The Ravens’ defense has played 80 plays, which is 31st in the NFL. Baltimore Ravens Team are giving up 33.0 points per game, which puts them in 26th place in the football league.

Who will win the Kansas City Chiefs/Baltimore Ravens NFL game against the spread?

The Tennessee Titans begin the season with a 0-1 record. Last weekend, the Titans lost their opening game to the Arizona Cardinals by a score of 38-13. Derrick Henry carried the ball 17 times for 58 yards (3.4 average). By catching four passes for 62 yards, Chester Rogers averaged 15.5 yards per catch. Ryan Tannehill completed 21 of 35 passes for 212 yards and 1 touchdown in the Titans’ Week 1 loss to the Cardinals.

He had a quarterback rating of 74.9 with 1 interception. Against the rush, the Titans gave up 136 yards on 33 attempts for an average of 4.1 yards per run surrendered. Tennessee gave up 21 completions on 32 attempts for 280 yards and a 65.6 percent completion rate. They ran 64 plays and gained 248 yards in the end when all was said and done. The Tennessee Titans ran the ball 22 times for 86 yards, for an average of 3.9 yards per carry.

The Titans have amassed a total of 248 yards in their first game of the NFL season. Tennessee has 12 first downs on offense and has committed 7 penalties for 57 yards. The Tennessee Titans rank 26th in the league with an average of 86 yards rushing as a group. They average 13.0 points per game. The Titans let opposing teams gain 280 yards on the ground, putting them 20th in the NFL.

They’ve surrendered 280 passing yards through the air and 65 percent completions on average. The Titans are giving up 416.0 yards per game, which puts them 22nd in the NFL. Over the course of the season, they’ve permitted 4.1 ypc and 136.0 yards on the ground per game to the opposing offense. The Titans have surrendered 136 rushing yards in their first game. In terms of defending, the Titans are 30th overall, allowing 38.0 points per game.

For this season, the Seahawks are 1-0. The Seahawks won their last game by a score of 28-16 when they played the Colts. For Seattle, Chris Carson ran the ball 16 times for 91 yards with 5.7 ypc in his first action in the 2021 NFL season. The Seahawks’ leading receiver was Tyler Lockett, who caught four passes for 100 yards (25.0 yards per catch). In the first week of NFL, Russell Wilson (4 TDs) completed 18/23 passes for 254 yards while racking up a quarterback 152.3 passer rating.

He didn’t throw any interceptions and his longest pass completion went for 69 yards. Seattle gave up 30 rushing attempts for 113 yards (3.8 yds per carry). The Seahawks pass defense allowed a completion rate of 65.8 percent, allowing 223 yards on 25 completions for 38 passing. Seattle amassed a total of 381 yards in Sunday night’s victory, with 53 plays (7.2 yds per play). The Seahawks rushed for 5.2 yards per carry and amassed 140 rushing yards on 27 attempts.

Who will win the Tennessee Titans/Seattle Seahawks NFL game against the spread? 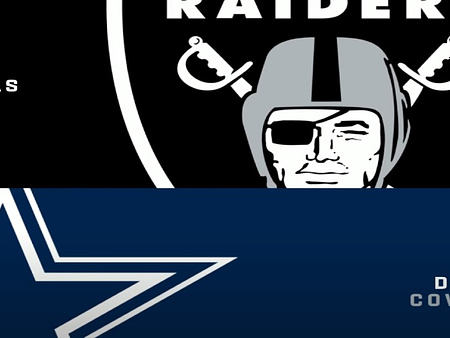