On Tuesday, Thatcher Demko and the Vancouver Canucks will host the Anaheim Ducks at Rogers Arena, so check out all our NHL betting to learn more. The Canucks are favored by -157 in this game, while the Ducks are worth +130. The over/under is set at 5.5. Read our Sharks at Flames NHL betting tip!

After defeating the Blues 4-1 in their last encounter, the Ducks will approach their next game with confidence. The Ducks had an overall Corsi of 42 while their Corsi against was 60, resulting in a 41.2 percent shot share advantage for them. The Anaheim Ducks began their offensive zone at 35.3 percent, with a PDO of 109.9 for the game. Anaheim incurred 14 penalty minutes in this match.

The Ducks had a strong offensive showing and it was reflected in the victory. Their Fenwick was 34, and their Fenwick percentage was 43.0 percent with the Fenwick against being at 42. When they were at even strength, the Anaheim Ducks won 22 face-offs and were beaten on 26 tries to win the face-off. Furthermore, they had 2 opportunities and scored one goal. They scored on 4 out of 27 shots for the game.

In terms of scoring goals, the Anaheim Ducks have scored 42 times this year (3rd in hockey) and conceded 36. For the current season, they have 15 points and a .577 points percentage. Anaheim’s 44 power plays have generated 12 goals during the advantages, giving them a rate of 27.27 percent. The Ducks allow the opposition to score 30 goals while scoring only 30 of their own, despite playing at even strength. Over the course of the year, Anaheim has taken 398 shots and a shooting percentage of 10.6 percent. The Ducks have had 426 attempts against them and a save percentage of .915. The Anaheim Ducks have faced 40 power play opportunities (10th in the league) and have scored six goals.

John Gibson is the player who is defending the goal in this game. In his professional hockey career, Gibson has allowed opponents to score 814 goals against him and his average goals against per game is 2.57. Gibson has appeared in 331 NHL games. For his 18,990 minutes on the ice, he has a save percentage of .917. He was named the starter in 323 games and went 153-124-42 overall. In his NHL career, Gibson has accumulated 180 quality starts and a .557 quality start percentage. Gibson has faced 9,781 shot attempts and made 8,967 saves.

Vancouver defeated the Dallas Stars 6-3 in their last game. They had six power-play opportunities in this encounter and scored three goals out of those chances. The Canucks scored 6 of the 36 shots on goal they took. Their even-strength PDO was 107, and they ended the game with an oZS percentage of 46.4 percent. The Vancouver Canucks maintained a 52.9% Corsi rating in this game. The Corsi percentage revealed that Vancouver played a strong game, and they looked excellent in this contest. Their Fenwick percentage was 55.4 percent, making them the better team with 36 Fenwick and Stars having a Fenwick of 29.

The Canucks have scored 23 goals at even strength and nine goals on the power play (9th in the league). Vancouver has fired 385 shots and had a shot percentage of 8.31, while allowing the opposition to shoot 367 times. Over the course of the season, the Vancouver Canucks have scored 32 goals and earned 11 points. They’ve had 49 power-play opportunities and a 18.37 percent success rate on those chances. The Canucks have a penalty kill percentage of 63.89 percent on the opposing teams 36 power play chances, and their save percentage is 91.3 percent. They’ve given up 32 goals.

Of those 32 goals, 19 have come at even strength and 13 have occurred when they were shorthanded. Thatcher Demko is in goal for Vancouver. He’s on the ice for 2,389 saves out of the 2,621 attempts he’s faced, so his save percentage is .911. Demko holds a lifetime record of 39-35-5 and has seen action in 82 games. He’s started 79 matches and accrued 4,813 minutes of ice time. In his career, Demko’s percentage of quality starts is 57%, and he has made 45 quality starting assignments. His competition is averaging 2.89 goals per game and has conceded 232 goals in total. 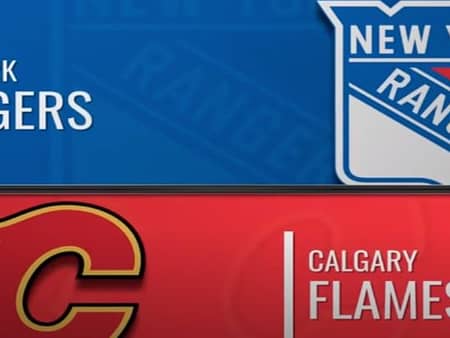