Jacob Markstrom and the Calgary Flames will face off against the San Jose Sharks at Scotiabank Saddledome on Tuesday, where they’ll play host to a 7-1-3 record, so check out all our NHL betting to learn more. The Sharks are a +148 underdog in this game, while the Flames are a -182 favorite. The total is listed at 5.5. Read our Blues at Jets NHL betting tip!

In their last game, the Sharks lost 3-2 to the Devils. They finished with a 46.8 percent success rate and a PDO of 97.0 for this one. They won 21 face-offs at even strength and lost 26 times. Their Fenwick was 31, while their Fenwick Against was 35, indicating a 47 percent success rate. The Sharks’ Corsi was 48, while the Corsi against was 52, resulting in a 48.0% Corsi percentage.

The Sharks incurred 6 penalty minutes in this game. They also had 3 power play chances and scored a goal after converting 1 of their 3 opportunities. The Sharks had an offensive performance that fell below their expectations in their loss. They converted 2 of the 27 shots they took for the contest.

San Jose has faced 319 shots this season, putting them in the top half of the league in that category. The Sharks have a save percentage of .909 when they are at even strength. The Sharks have given up 26 goals while scoring 24 themselves while playing at even strength this season. The San Jose Sharks’ opponents have received 28 power play chances (28th among professional hockey teams) and scored three goals on those opportunities. For the season, they’ve compiled 13 points and a points percentage of .591. The San Jose Sharks have attempted 327 shots in the current season and possess a 9.8 shooting percentage. They have scored 32 goals (16th in the NHL) thus far this campaign, while allowing 29 (22nd).

The Sharks have scored 8 goals on 36 power play chances, giving them a 22.22 percent success rate. James Reimer is the goaltender for this game. In his professional hockey career, Reimer has conceded 981 goals and has a 2.77 average of goals against per game. During his professional hockey career, Reimer has appeared in 391 games. He has a save percentage of .914 during his 21,244 minutes behind the cage. He’s a 176-132-44 record and he’s got the nod 356 times. Over his career, he’s turned in 182 quality starts and has a .511 percentage. Reimer has seen 11,356 shots against him throughout his hockey career, resulting in 10,375 total saves.

In their most recent game, the Flames defeated the Rangers by a final score of 6-0. They had three power play chances in this match and scored one goal out of those chances. The Flames were successful on 6 of their 37 shots on goal. Their even-strength PDO was 117, and their oZS percentage was 52.2 percent.

Calgary’s Corsi rating was 60.2 percent at the end of the game. The Corsi rating tells us how well a team played, and we’d characterize their performance as excellent overall. Their Fenwick rate was 62.8 percent by combining a 49-Fenwick with a 29-Fenwick from the Rangers.

The Calgary Flames have scored 30 goals at even strength and 10 goals on the power play (5th in hockey). The Flames have taken 393 shots (5th among NHL teams) and earned a 10.18 shooting percentage, while allowing the opposition to take 314. The Calgary Flames have 40 goals, 17 points, and a percentage of .773 thus far this season. They’ve seen 38 power-play opportunities and a success rate of 26.32 percent. They have a penalty kill rate of 85.29 percent on their opponents’ 34 power play chances, and their current save percentage is 93.0 percent. Calgary has given up 22 goals, primarily through 17 even-strength scores and 5 shorthanded tallies. 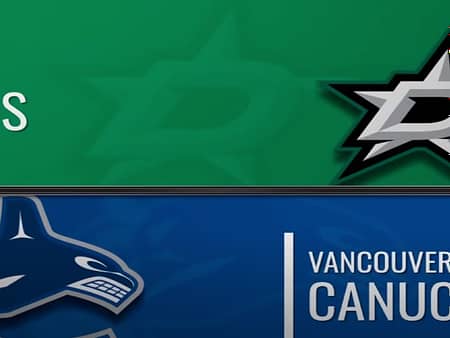